The hardest thing in the world is when our fur babies start getting old. Following is from Dory's Backyard: 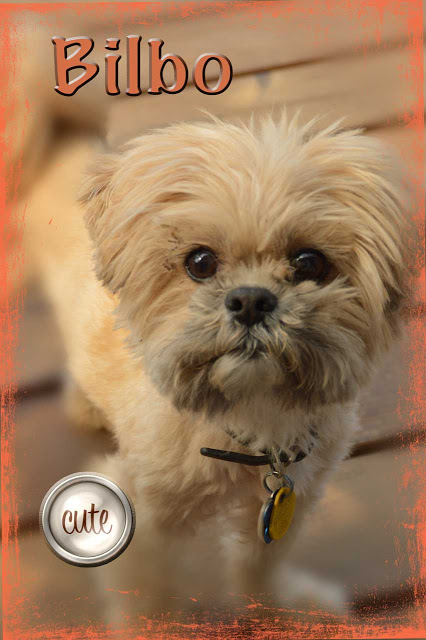 During the past week it seems Bilbo has gone almost completely blind and now isn't eating and drinking as much as he should be.

Mama and Daddy are working with our V-E-T in hopes to find something that will help him feel better. His blood and peepee tests looked good as of last week, but we think he is having a very hard time adjusting to not being able to see.

We would appreciate it if you could put your paws together and send healing vibes his way.

We see how well this works in Blogville everyday!
Posted by Murphy at 7:00 PM 28 comments: 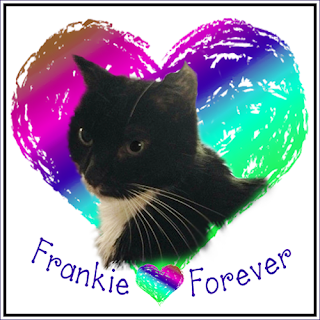 Frankie crossed the Rainbow Bridge last night. From August 2000 to May 20, 2016 we
were blessed to have wonderful and loving Frankie in our lives. He was one of my first
playmates when I moved into mom’s and granmama’s home. He taught me how to be a
man-cat and was a joy to know.  We remember him in love and thank all of our friends
for purring and praying for him during his final days.
With fond remembrance and love, Toby
https://kittycaperz.wordpress.com/2016/05/20/au-revoir-frankie/
Posted by My Mind's Eye at 7:30 AM 10 comments:

Please everybuddy put your hands and paws together for Ann's Daughter 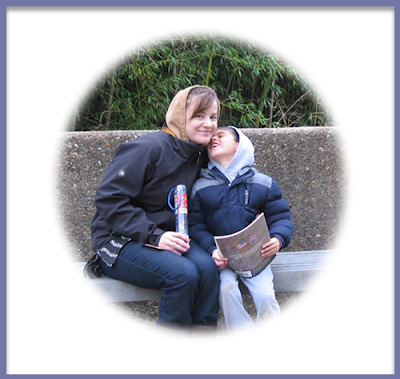 Prayers please for my lovely daughter,
admitted to hospital on Thursday afternoon.
Ruptured appendix; will face surgery soon.  First they must
get massive infection under control.  Unsure how long it will take, when
surgery will take place.  She is in good spirits, though weak, anxious.
Thank you for your prayers for her, for her family.

​Ann Adamus, ZOOLATRY​
[for those who do not know, I live with
my daughter, son in law, and little grandboy]

www.zoolatry.blogspot.com
Posted by My Mind's Eye at 6:30 AM 16 comments: 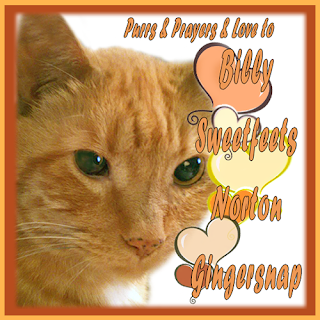 Billy Sweetfeets Norton Gingersnap ~ gosh, Billy's been blogging since furever (like 2006!) ...
the only "orinch" kitty in a house full of meezers, and he puts up with them, and they
with him!  And he's famous, and so loved!

But dear Billy is facing a fight against the "evil c" right now.  So ... please, visit, leave
your biggestpurrs and prayers and a whole lot of love together with the power of the paws
for this dear friend and his Mom, Mary and all the meezers.  Thank you one and all.

You can leave a comment on their blog, or on their Facebook page, links for
both are below. 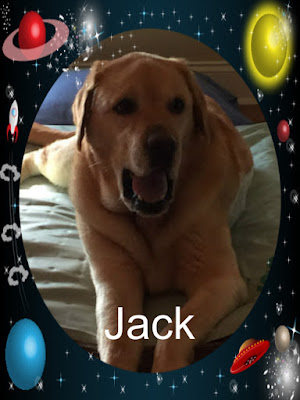 My friend Jack has been MIA from blogging for some time.
Jack had been fighting a battle with lymphoma
since September.  TG has been taking him to Nashville, TN to a special oncology vet.
Jack responded well to treatment for several months and was not going to the vet as much.
Just in the last few weeks he started limping, he became very restless and was rushed to the ER Vet Sunday.  Without a lot of invasive procedures it was suspected lymphoma had
moved to his bone marrow.

Jack was my very first blogging friend way back in 2009, I will miss him.
He and TG helped us learn lots of stuff and made us laugh.
Jack until we meet again run free, eat lots of cookies and panny cakes.
Your bfff Madi 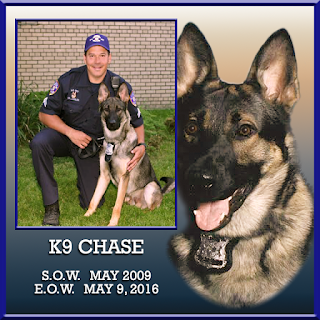 Cpl Jeff is the son of Linda DaWeenies Mom.
Chase was a big loving puppy when he was not working and loved
hanging with DaWeenies and the rest of the pack.

An extraordinary dog, giving years of service as a police officer, working along side and
companion to Cpl Jeff Colon, Dearborn Heights, Michigan.
K9 Chase, died suddenly and unexpectedly during surgery.  When not serving, Chase
was a simple, fun loving lap dog!

Please remember him and all he gave to his community, with loving comments for his
family at our Zoolatry ** blog, posted today. Thank you.

http://zoolatry.blogspot.com
** Linda Colon, of the blog DaWeenies of Florida and Our Rainbow Friends is unable to post at this time due to
computer
problems, we are posting on her behalf. 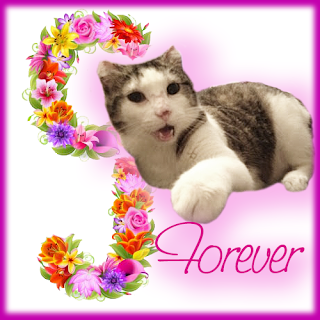 We thank Ann @ Zoolarty for the beautiful button

Little CJ has had so many struggles, and faced each and every one without complaint, with
bravery and hope.  Sadly, she reached the point where she could no longer fight ~ she
enjoyed some bird-watching, then with her Mom holding her close and gently, crossed her
rainbow bridge.
We purred and prayed for her just a few days ago it seems ~ now please visit to comfort
those who have had to let her go ...
You may visit her blog, link below

Rainbow Bridge has a new Angel....
She was 19.  It matters not really if it is 19 years old, 19 years young ~ she was loved
and cherished each of those years.
And without a sound, she put down her soft head, went to sleep and crossed her
Rainbow Bridge, ever so quietly leaving behind an empty chair.
Please visit, please share comfort for Tanya from The Chair Speaks. 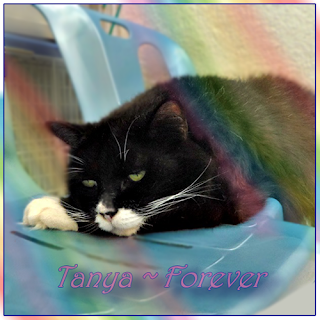 POTP for MouseGirl sis to Bacon the Piggie

Mousegirl is from Bacon the pig's
We rec'd a POTP request via POTP contact page, from Bev, mom to angel Forrest.
We have pasted it below...

Bacon's Mom/June put the word out on FaceBook.i spoke to her yesterday and she said that Mousegirl ( maine coon kitty 8 years old) early yesterday there was blood seen in her box. Off to er and they found two masses in her chest and megacolon..so it was decided to help her to the bridge...bless her..but it was unexpected and very sad. June, her hubby Jim and their pet piggie Bacon and yorkie terrier Houdini and kitty Hemi are all in need of some POTP. There isn't anything up on their blog yet.  You may leave words of comfort here or on their blog.
Click here

We have no information other than Ziggy awoke with problems with his legs and was taken to the vet.  His mom asked for POTP on Facebook.

OK, just updated: Ziggy is tired,we are waiting for results. It seems to be a knee problem (left knee joint). He woke up this morning and wouldn't walk. It is getting better, so hopefully nothing serious.
Posted by Murphy at 12:17 PM 18 comments:

Blogville's best dressed zombie hunter, Whitley, has grown tired,  Her body can no longer contain her feisty spirit and the time has come to let her run free again.  Please send your POTP to Whitley, her mom Kim, her bestest furend Finley and all her family members as they make their last act of love and say goodbye,  There will be heartaches bigger than the state of Texas so they can use all your prayers.  Fun free Whitley!

Whitley's mom has updated the blog for the last post.  Please be sure to read the last two.
Posted by Murphy at 6:08 AM 22 comments:

POTP for CJ...a fighter and survivor

CJ has been through so much and survived a fire...let's all give her
lots of purrs to beat this current struggle! 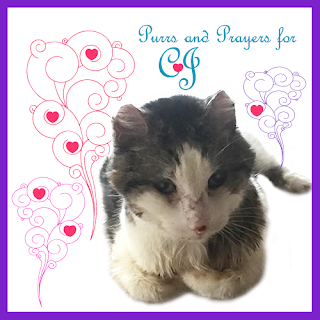 Little CJ is not eating and her Mom is so very worried ~ please send your
immediate purrs and prayers.
And if you can share any advice with Mom, please do so as it will be most
welcomed by her.
Here is the LINK to visit ...
https://cjspawpad.blogspot.com/
May we also suggest that you visit the LINK just below.  You know, CJ is a very, very special kitty,
with a special story to tell, having survived a devastating fire several years ago.
Though still bearing the scars from that time, and going through a long and difficulty
recovery this little kit and her Mom, Kathi have never given up hope for tomorrow.
Read their story below:
https://cjspawpad.blogspot.com/2012/03/night-my-life-changed-forever.html

POTP: Zoey one of the Zoolatry girls

Ann our friend who makes all the lovely badges and buttons for our pets is asking for our
POTP for her little Zoey. Please leave words of support here or over at Ann's blog here 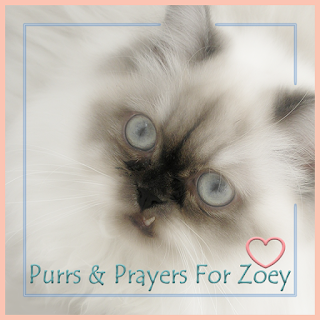 Zoey has been fighting an eye infection for awhile now.
Auntie Dee has taken her to the vet a few times, and has now taken her to a
specialist ~ a veterinary ophthalmologist.  Zoey has multiple infections in her left eye, and
the vet believes she is also having pain associated with this.  She has been prescribed
several medications to deal with both the infections and the pain, and will be treated for
several days.  Zoey is a good patient, and Auntie Dee is an excellent, caring and loving "nurse"
so I have faith all will be well.  Yet we would love to have purrs and prayers for them both please.
Thank you all! 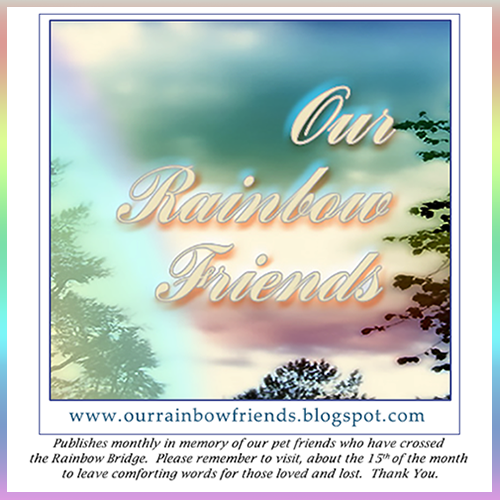